Child custody refers to the rights and responsibilities between parents for taking care of their children. In the case of a divorce, you will need to decide on who gets custody of a child. Either parent can have custody, or both parents can share custody. You will also need to decide on visitation, meaning how each parent will spend time with the child(ren).

Decisions regarding custody are often as unique as the families who are asking for it, and your final custody decision will depend specifically on your family and its unique circumstances. If the parents can’t agree on who gets custody of a child, a judge will make a decision at a court hearing, although the judge typically will not make a decision about custody and visitation until after the parents have sat down with a mediator. 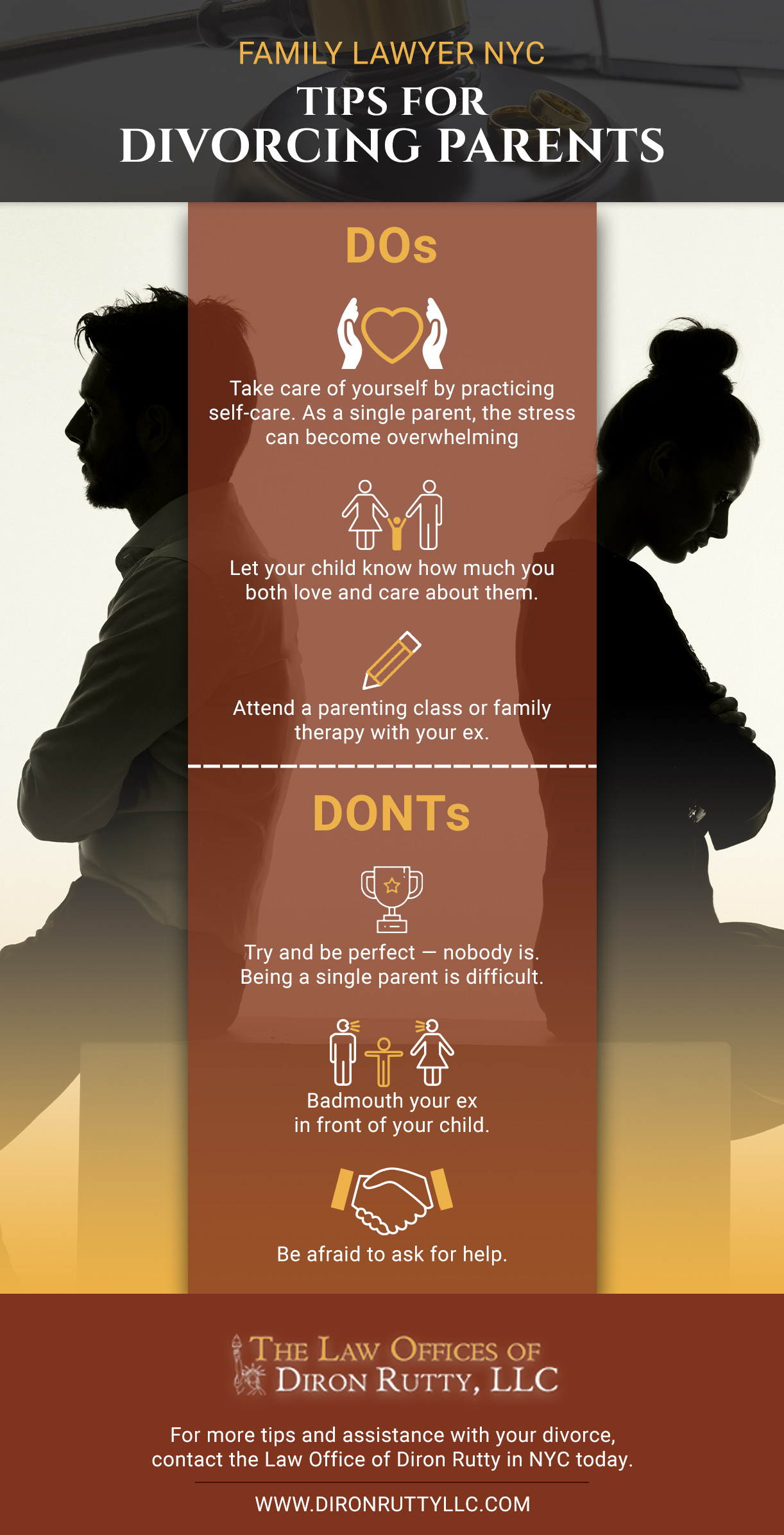 There are two kinds of custody, including:

Legal custody can be sole or joint. If joint custody is agreed upon, both parents share the right and responsibility to make important decisions regarding the child’s health, education, and welfare. While they both have the right to make decisions regarding these aspects of their child’s life, they do not have to agree on every single decision. Each parent can make a decision alone, but in order to avoid having issues and ending up back in court, both parents should communicate with one another and try their best to cooperate in making decisions together regarding the best interests of their child.

Physical custody can also either be sole or joint. Although a child lives with both parents with joint physical custody, it does not mean that the child must spend exactly half the time with each parent. Typically, a child will spend a little more time with one parent than the other because of the difficulties that come with splitting up time exactly in half.

There are instances where a judge will give parents joint legal custody, but not joint physical custody. This means that while both parents will share the responsibility for making crucial decisions in the lives of their children, the children will live with one parent for the majority of the time. The other parent will then have visitation rights with their children.

Visitation, on the other hand, is a plan for how the parents will share their time with their children. A parent who has the children for less than half of the time has visitation with the children, which are varied depending on the best interest of the children, the parent’s situation, and other factors. Generally speaking, visitation can be:

According to a Schedule

This helps both parents and children in order to prevent conflicts and confusion. Detailing the dates and times that the children will be with each parent is often decided between the parents and courts and can include holidays, special occasions, and vacations.

This type of visitation order is less detailed and allows parents to work out when the children will be with each parent between the two of them. Reasonable visitation is great for parents who get along very well and can be flexible and communicate well with each other.

Supervised visitation is used when the children’s wellbeing and safety require that the visits be supervised by you, another adult, or a professional agency. This type of visitation is also used in cases where a child and parent need more time to become familiar with each other, such as cases where a parent hasn’t seen the child in a long time and needs to slowly get to know the child again.

No visitation is used when visiting with a specific parent, even when supervised, is not in the best interest of the child as it would be physically or emotionally harmful to them.

To learn more about child custody and visitation, give our experienced family lawyers a call at the Law Office of Diron Rutty in New York City today. We would be more than happy to assist you during this difficult time and find a solution that works best for you and your family.