The Divorce Process in Court

Once the answer is filed, the case is ready for the court. New York courts require the filing of a special document known as a Request for Judicial Intervention. Once the court is assigned to your case, a Preliminary Conference (also called a PC) date is ordered. The judge will first determine if the parties can agree as to grounds for divorce and if not, an immediate trial on the “grounds” is often ordered. During this time, the party seeking the divorce must prove his or her right to a divorce at a trial.

At the preliminary conference, the attorneys for the parties will discuss with the judge the issues of the divorce. These may include equitable distribution, spousal support, custody, child support or visitation. If the parties are able to agree about any of these issues, each agreed upon issue will be noted as resolved. The divorce will thereafter focus on the unresolved issues.

If child custody is disputed, the judge at the preliminary conference may appoint a child custody lawyer to represent each child. The judge may also order that a forensic mental health professional be appointed. The judge may rely upon the report of the forensic mental health professional to make his or her decision regarding custody and visitation. 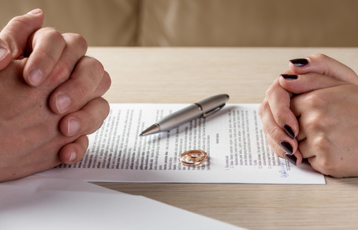 At the end of the preliminary conference, the judge will issue a PC order, which will include identification of the issues in the dispute and a timetable for the exchange of financial information.

As mentioned, discovery is the exchange (usually after formal written requests) of financial records between the lawyers in the case. It can also involve some investigatory work when one party suspects that the other is not disclosing their financial information. Discovery also usually includes depositions, which are oral examinations under oath of each party and sometimes of third-party witnesses. Where there are real properties, businesses, professional practices or other tangible or intangible assets considered relevant to the marriage, professional evaluators are often retained, at the parties’ expenses, to do the necessary appraisals or valuations.

In contested custody cases, a law guardian may also be appointed to represent the interests of the children in the lawsuit. Support and Parenting Access Schedules are arranged. At the beginning of litigation, there are usually issues related to the support of one spouse and/or children during the lawsuit. Expenses such as insurance, medical care, child care, school expenses, and the like also have to be addressed. 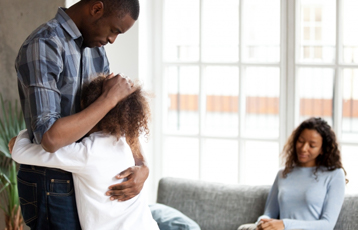 Many matters such as abusive behavior or contested occupancy of the marital residences can become open issues. Sometimes these can be resolved through negotiation or via motions. Motions are applications made to the judge assigned to the case. They are resolved after the filing of papers or after oral argument and once a decision has been issued by the judge.

If the parties are unable to settle their divorce, the next hearing in court is called the compliance conference. The purpose of the compliance is for the judge to determine whether the parties have complied with the PC order and review the unresolved issues. In addition, the judge will often discuss settlement with the attorneys.

When the parties have completed their discovery and evaluations and if the case is not settled, it is set down for trial. Trial may take place before the judge assigned to the case or before a Special Referee to whom all or some of the contested financial issues may be assigned. Depending on the complexity of the open issues, a trial can take days or even weeks to complete.